Brag House has launched a platform for connecting gamers in a social network built around amateur esports competitions.

The subscription-based platform focuses on players who enjoy playing competitive games but don’t have the skill to compete in the biggest esports tournaments. Some of that engagement is on display this week as the company started its Super Smash Bros Loyalty Cup Tournament in Texas in partnership with sponsor McDonald’s. It’s a platform where players can issue their own “brags,” comments about their performance in games.

Brag House started with a focus in the college market by combining the fanaticism of college sports with competitive play for casual (but passionate) gamers and their fans in tight-knit university communities, said CEO and cofounder Lavell Juan in an interview with GamesBeat.

“We saw that the gaming ecosystem was focused too heavily on power players,” Juan said. “We wanted to create a gaming that has more casual gamers would really want a location where they compete and network in a relaxing environment.”

Started in Brooklyn, Brag House debuted with early adopters in a “March Madness” tournament in 18 universities in March. The event enabled the company to start gathering a foothold on Twitch. It now has more than 5,000 players, with roughly 30% of them subscribing to the platform.

Brag House wants to build its following on the growth of casual gamers, viewers, and fans who previously would never have considered themselves gamers.

The company is now opening up its platform beyond the college market to enable more gamers to host, play and watch their own esports experiences in their own communities. 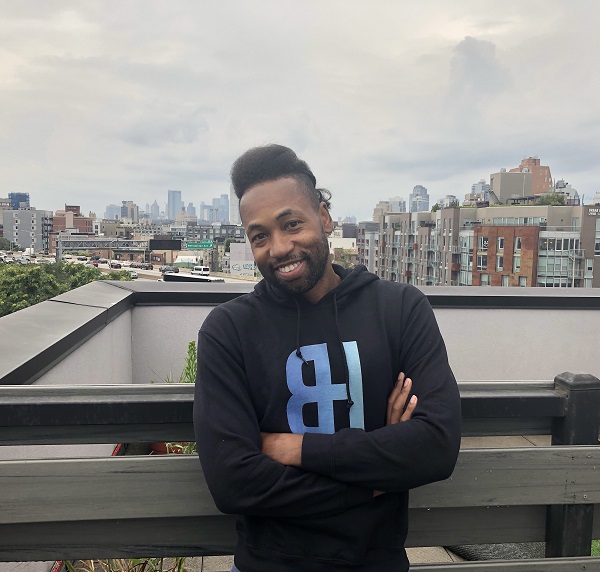 Above: Lavell Juan is the CEO of Brag House.
Image Credit: Brag House

Juan was a serious athlete until he tore his Achilles tendon.

“I was devastated. And I was in bad shape,” Juan said. “The bond with my teammates had that competitive nature, and so I got into video games. I realized that you could connect communities through video games.”

He and other former athletes stayed in touch by playing video games like Tony Hawk with each other for competitive thrills. His first startup focused on creating a program to maximize the economic potential of NFL rookies.

The executive team, including cofounder and chief operating officer Daniel Leibovich, used games as a way to stay connected to sports culture post-college. The team realized that there were no platforms that fostered organic communities in esports, so they created one.

“I didn’t see an organic community,” he said. “It was an ecosystem focused on the top 3% to 5% of gamers. It didn’t make much sense to me because, with multiplatform and mobile gaming, there is an entire generation of gamers who value pixelation connections over in-person fun. And there was a really organic way to do it.”

In March 2020, the startup threw its first online event just as the pandemic was starting and Call of Duty: Warzone’s battle royale mode was starting to take off.

“We wanted to see if we could create an organic community and a shared experience from what we knew about college,” Juan said. “And that’s where we started, with a March Madness esports [Call of Duty: Warzone] tournament, focused on fun connection, and community.”

After that success, the company started moving away from Twitch and building its own platform which including the bragging function.

“That was just amazing. And we knew we were onto something,” Juan said. 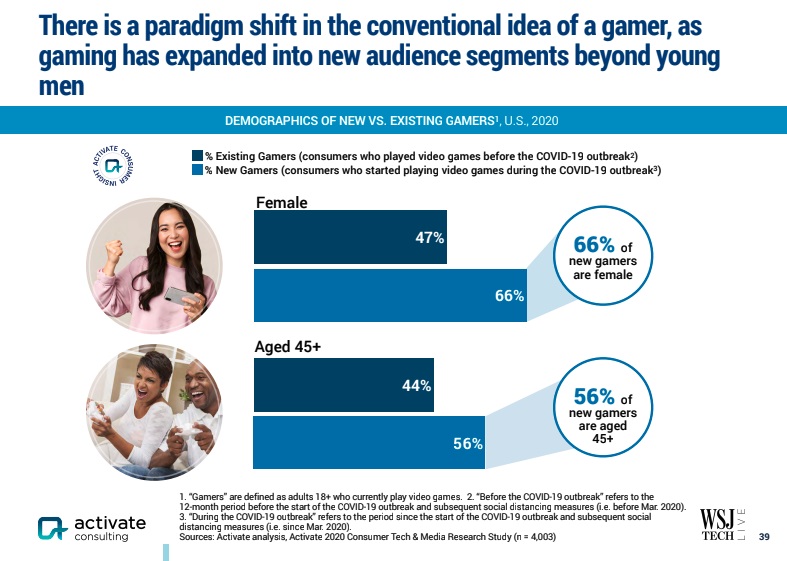 Above: Brag House is encouraged by these stats.
Image Credit: Activate Consulting

Juan said the company is capitalizing on a shift in new audience segments that is turning the conventional idea of young male “gamers” on its head, as 66% of new gamers are women and 56% are 45 years old or over. That’s a new generation of players that Brag House can target, and about 40% of its members are women.

“This is where people are gravitating,” Juan said. “That’s where the shopping is going to get done. Gaming is where the interaction is going to be done. We’re in our infancy. But Brag House is moving beyond colleges to become an entire ecosystem for the next generation of gamers.”

The name is based on the healthy competition between gamers for bragging rights for being the best in their favorite competitive games.

They partnered with groups like the Black Collegiate Gamers Association. Even with the small numbers, game investors have been interested because of the strong retention rate. A recent event had 77 gamers representing 19 colleges, and it drew an average 85 viewers per second, he said. There were 2,000 chat messages, or 440 messages per hour, and there were 87 new members that came from that, with roughly 30% accepting paid memberships.

The company has just three people right now, with more than 60 university brand ambassadors, and it is profitable. Dozens of colleges are participating.

The company offers a freemium and paid membership to subscribe and play. The app is available for immediate download in the Apple App Store or Google Play. Members pay $3 a month for the community and $5 if they want to play in tournaments.

There is a lot of competition out there, with well-funded rivals like PlayVs and the New York-based Community Gaming. 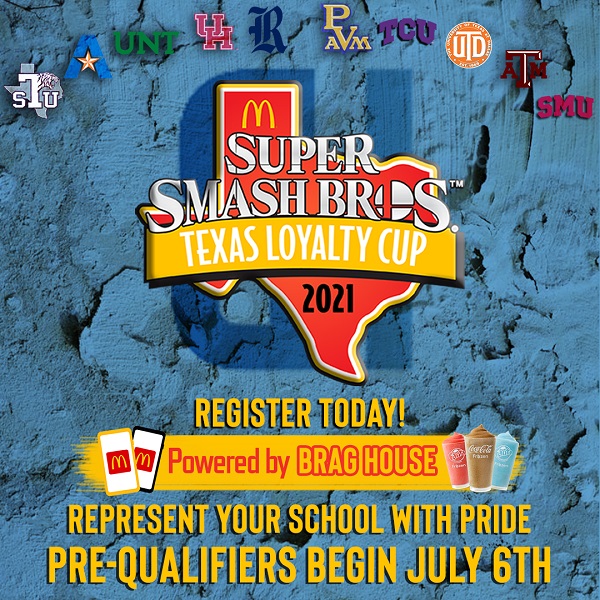 On July 6, Brag House started hosting its Super Smash Bros Texas Loyalty Cup powered by McDonald’s in Texas. The event will take place over eight separate days across three weeks, and it features livestreamed tournament games for 10 Texas universities who will compete for the National Championship, claiming bragging rights and $1,000 in McDonald’s Arch Cards.

Brag House is geared for gaming competitions with commentary from shoutcasters, trash talking, and bragging in the form of “placing brags.”

The competition begins with a round of pre-qualifiers to determine the final gamer for each school. Students from two to three schools will play round-robin matches each day for the chance to represent their University in the tournament. Four schools will play wildcard matches on July 20 to advance to the single-elimination tournament bracket, and matches on July 21 and 22 will determine the Final Four and finalist pairings, culminating in a championship match on July 27.

Fans are incentivized to tune in and show their school pride by placing brags, making predictions and downloading the McDonald’s mobile app. Engagement during the pre-qualifiers will determine tournament seeding. Continued engagement throughout the tournament will score the top school a tailgate party sponsored by Coca-Cola.

Juan saw the participation of McDonald’s and Coca-Cola as a big endorsement of the potential of Brag House. And he hopes to take the company to millions of players and fans in the future.

The Brag House
On Sky News

Brag House has launched a platform for connecting gamers in a social network built around amateur esports competitions.